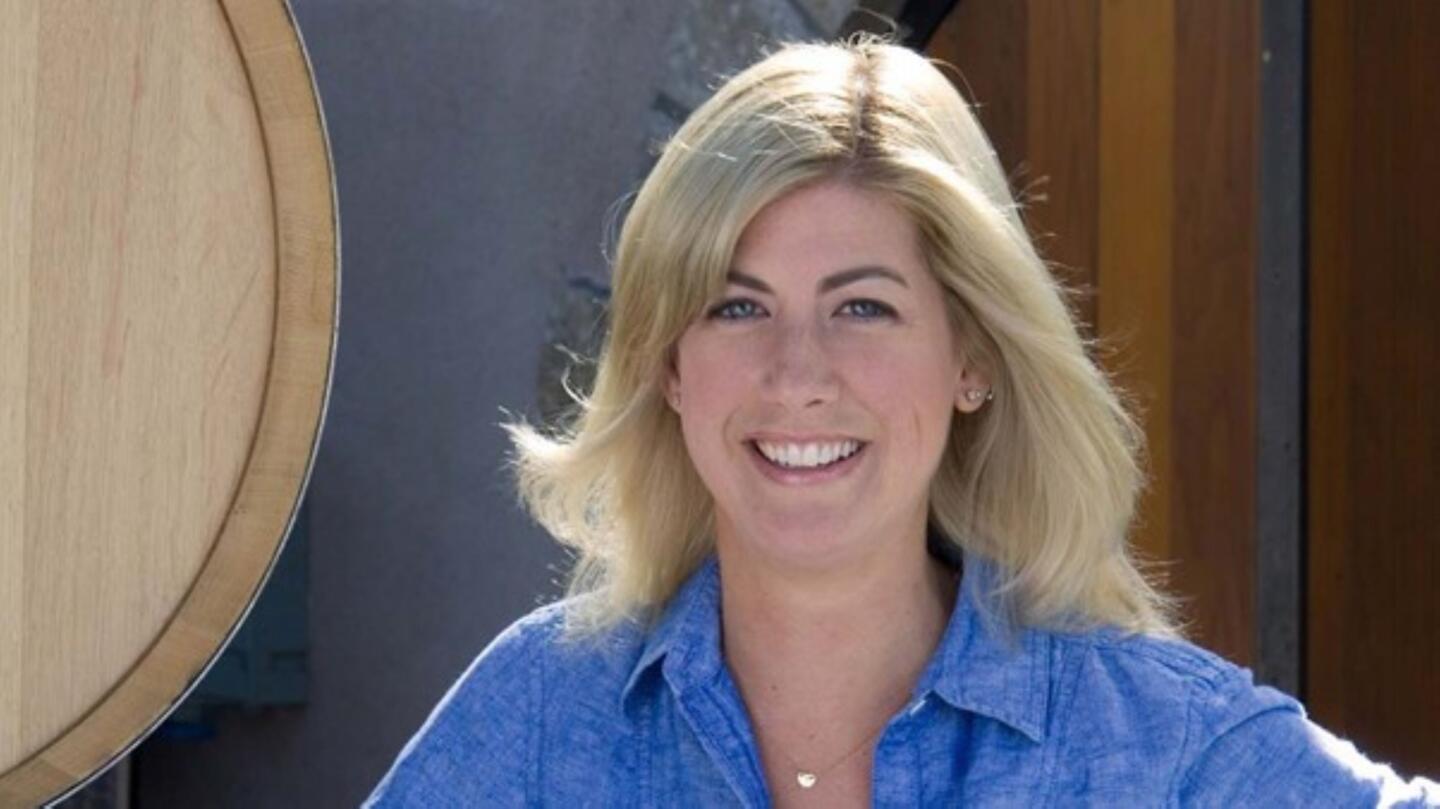 California Merlot. If someone were to release a word association wine themed board game, this would be a most fascinating card to pull. But this subject, for me and I hope many others is one of the most fascinating subjects in the world of wine. Its history has helped to shape what we know the wines of California to be today, and for good reason! Duckhorn is at the epicentre of this, it has been almost since the start and up to today and has been for one reason and one reason only: quality.

The history of Merlot in the United States and France is surprisingly concurrent. The first time that Merlot appeared as a varietal on a label in California was around the same time that Saint Emilion was granted AOC (Protected status) in the mid 1950’s. Dan Duckhorn’s journey started in the early 1970s. At this point we can say that Louis Martini and Peter Newton were perhaps the two most influential names in Merlot growing in the region, but it was Ric Forman, who was the winemaker for Sterling Vineyards, that brought Dan on a trip to Saint Emilion and Pomerol and it was there where Dan fell in love with this famous varietal.

He loved the softness, the colour and the seductive element the wine brings, and loved its mass flexibility in terms of pairing it with food. It was then in 1976 when Dan and his wife Margaret decided to plant some vines and buy a 10-acre property in St. Helena in the Napa Valley. Their first vintage was in 1978 where they produced 800 cases of Cabernet Sauvignon and 800 of Merlot. Dan reckoned it was such a good year that he could have “made wine out of walnuts!”

From the 1980s, Duckhorn went from strength to strength and also went south to locate and purchase properties in recognised wine growing areas such as Marlee’s Vineyard which they planted in St. Helena in 1976. Dan and Margaret’s timing was impeccable as by the time the 90s came around, the acreage doubled and more so as a sudden market switch made California Merlot boom. Winemakers planted vines wherever there was room.

As this meant the vines were planted in less hospitable places, more and more Merlot came to the forefront and sadly gave more varying and in most cases, poorer styles of Merlot to the consumer, denting its popularity. The rise of Pinot Noir and the movie Sideways also set Merlot back a few years, or so you would think! 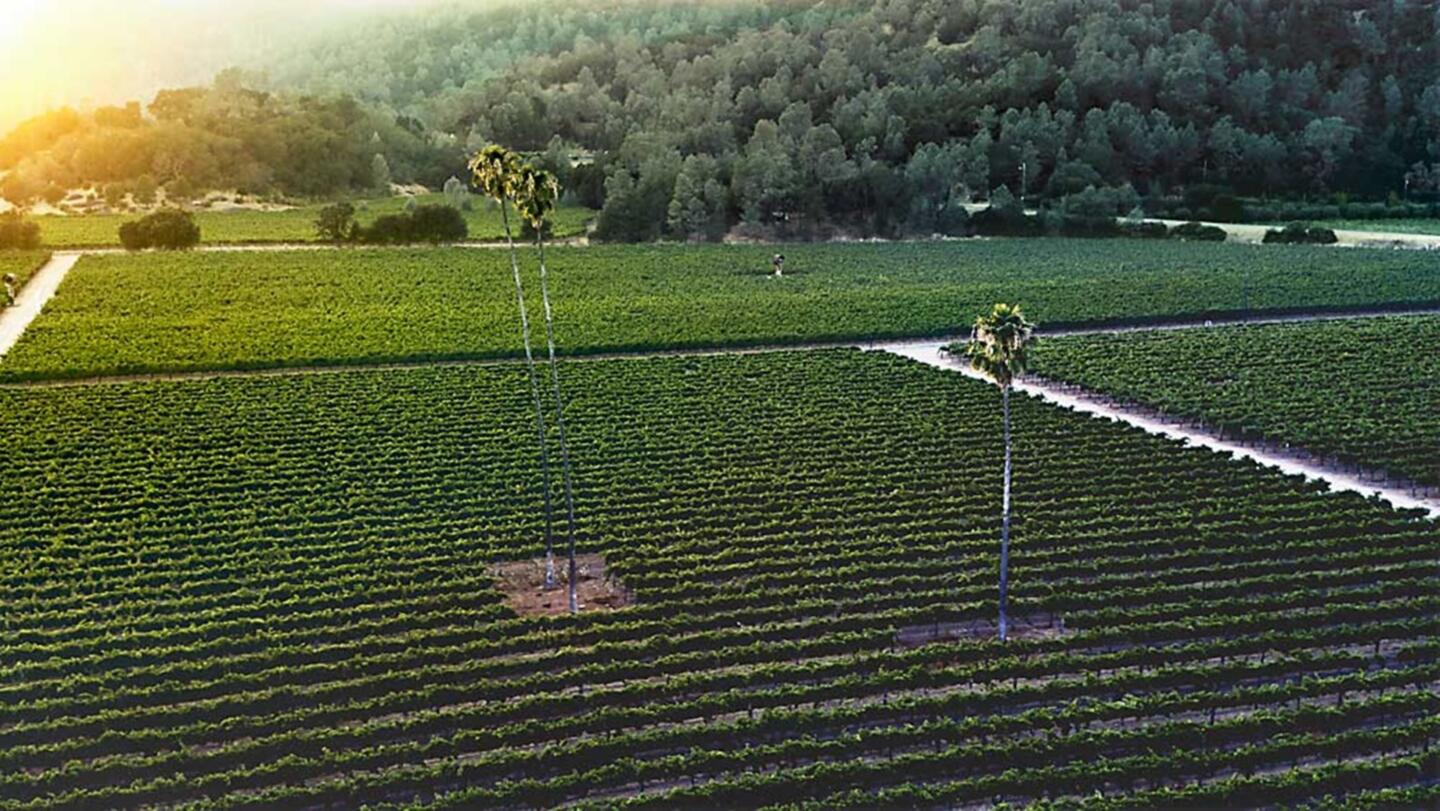 In 2003, Renee Ary joined Duckhorn Wines. A New Jersey native, Ary’s father was from southern California and had a desire for a move back home. Renee went to St. Mary’s on a business degree but very quickly made a change, amidst a burning desire to do chemistry and art, which is something that would be echoed throughout our conversation.

She joined Robert Mondavi as a lab technician and enjoyed 4 fantastic years there before joining Duckhorn. “It was an amazing team and an amazing training ground with so many great people to learn from, I really learned to keep my head up and my eyes open.”

As fruitful as the experience was, once Mark Beringer from Duckhorn came calling, her curiosity really began to take hold. “Duckhorn were on my radar for a long time, obviously for Merlot. I loved the fact that they were family owned like Mondavi, and, considering they were such a huge name, I thought their potential to grow even further was phenomenal.”

The difference in Renee’s work really brought her to the next level and being able to touch on all different aspects of things company wide, not just Duckhorn, really brought her great excitement and job satisfaction. “When I was at Mondavi, it was great, but the lab was upstairs and sort of out of the way of everything, sure we would get samples brought to us and we would taste but that would be it. Now here I was at Duckhorn. St the time they were making two of the other wines from our portfolio, Paraduxx and Goldeneye, made at our St. Helena winery, and that was so cool to be able to look at and talk about other aspects with different people.”

Her wonderful sense of wherewithal comes, Renee believes, from her time working with her predecessor, Mark Beringer. “He is one of the greatest mentors I have ever had, he’s such a wonderful person, I think the most important thing he taught me was how creative and artistic winemaking is.”

At this point I was tasting their delicious 2018 Napa Valley Chardonnay, which they have been making since 2012, and she highlighted a lesson she learned from working with Mark Beringer in her trial run of making Chardonnay in 2011 “First of all it was the most difficult vintage to that point, just crazy! So, then we carefully sourced the fruit and the barrels and made the wine, and unfortunately it did not meet what I envisioned for Duckhorn Chardonnay.”

Lesson learned, from there, Ary and her talented team worked with barrels that had a lighter toast and sought out to be stricter on fermentation. Malolactic (this is key for white wines particularly Chardonnay, as its result changes texture and adds a buttery or creamy sensation) is more under control, the finished product is very well balanced, fuji apple and bergamot lemon, with an element of vanilla and spice from toned down oak and finished with a beautiful salinity.

“Here it is Merlot Town, and I love that. As at Mondavi it is about Bordeaux varietals, mainly Cabernet Sauvignon and what will be added to the eventual blend. Our Napa Valley Merlot embodies everything I love about Merlot.” I could not agree more, the 2017 Napa Valley Merlot captures in a glass, all the things that make me love Merlot as much as I do. Plush fruits, damson, black cherry with a slight coffee ground character on the back palate, seriously well balanced, and as Renee brilliantly put it “versatile, balanced, fleshy and supple.”

Chardonnay aside, Renee and co. do not rest on their laurels. She let me in on a secret which is that working with their Cabernet Sauvignon vines and making their Howell Mountain Cabernet is one of her favourite parts of the job. “Oh my God, I love that wine! We planted our Stout vineyard there in 1998 where we grow a plethora of varietals as well as Cabernet Sauvignon and take some other fruit from there also.” This mountain style of Cabernet delivers an eloquently California style of wine. Huckleberry, black cherry and black brambly fruit. Once you hit the mid palate it brings a slight molasses style character with baking spice and herbs. A wine of serious complexion as well as pleasure.

There are many things that made me fall in love with the wines of Duckhorn, but one stands out, and that is that of the Merlot made from their single vineyard Three Palms, for which Dan originally purchased fruit off the aforenoted Ric Forman for many years until Duckhorn bought the vineyard outright in 2015. Since 1979, they have each year made, for me, one of the finest expressions of single vineyard Merlot in the world. A unique place, marked by three palm trees in the middle of the vineyard, the vines are planted on three variants of loam and topped with slightly thick volcanic stones that brilliantly retain heat and disperse it among the vines in cooler periods.

That fleshy and supple trait marks this wine, with baked figs, black raspberry and wet stone. When you lead onto the back palate, sweet spices and dark chocolate bring things full circle. The texture of the wine is round, full of volume and incredibly delicate.

Earlier we spoke about Merlot’s sudden decrease in popularity, as at the time California was saturated with questionable quality Merlot. I posed the question: once winemakers began to pull up these vines, did this make vineyards like Three Palms and wineries like Duckhorn, that focus on Merlot, stand out that bit more? “Absolutely! From that time when the bad vines were pulled, the focus was on quality, and even around the mid 2000’s when it was more about moving into bigger wines, we said no and stuck to our guns, and it proved to be one of our smartest moves.”

The final wine was from their Paraduxx range - a fun way to finish off. “I wanted you to try this, as I love these wines and have a great relationship with their winemaker. It was founded in 1994 as a side project to Duckhorn, as Dan fell in love with Super Tuscans. He loved their renegade mentality and wanted to do something new and different with it.”

Just a shade under 50% Cabernet Sauvignon with other varietals and even Tempranillo in the blend, the wine is very tasty. A totally different fruit profile to the Duckhorn range, riper and in some cases dried fruits, raspberry, cranberry, redcurrant with some Asian style spices and tea but very luxurious with wonderful length and balance.

I wanted to finish on a retrospective on her very eventful stint as winemaker “It’s been such an amazing learning curve. We were mostly affected by the fires in 2019 and sadly lost 600 tonnes of fruit. ’14 and ’16 have been my favourite vintages so far. I have learned just to take it as it comes. In 2014 I said I had enough rain, and we were fine, and then we had a drought until 2018, so I’m not going to ask for anything again!!”

Renee is a person of wonderful humility, genuine and incredibly talented, she makes 26 wines and walks her vineyards every single day. She never jeopardises her principles, and in her wines, like in academia, is the perfect balance of science and art, working together in harmony, one not dominating the other. And over her time at the helm of Duckhorn, she has consistently produced, outstanding, award-winning, and most importantly, delicious wines.