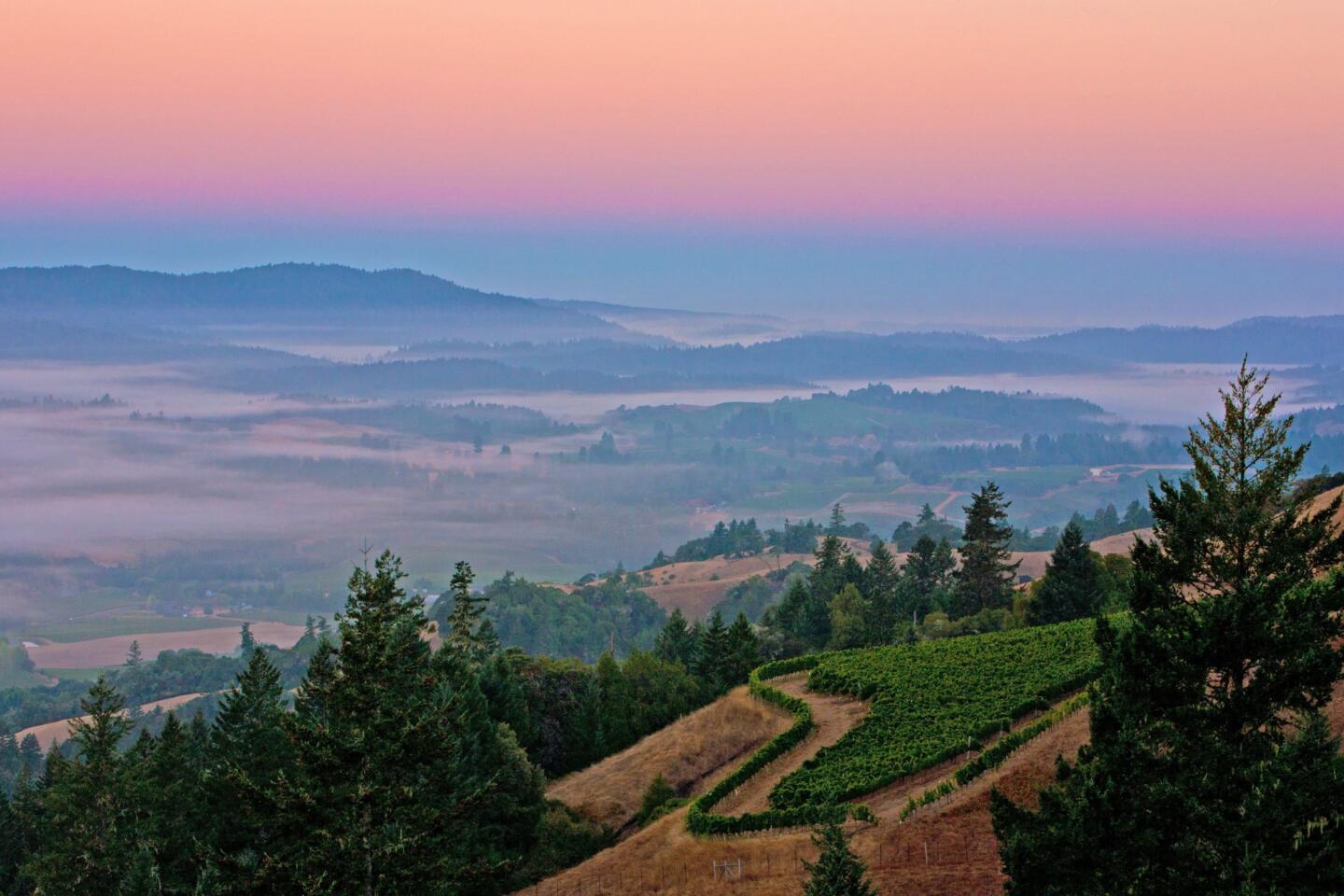 Shane McHugh, Wine Buyer and Head Sommelier for the Goodman Group, shares his story about how he fell into, and in love with, the world of wine and particularly California wines. He looks back at the wine 'Stars' and personalities he has met along the way and that continue to fuel his passion for this wonderful region.

Inspiration comes in the most unlikely of forms. In an industry as unique as wine, this is never truer. In 2014, I experienced what many people across the globe experience, I walked out of my university with a degree in business and hospitality in my back pocket and asked myself one of the biggest and frankly most scary questions many people ask themselves at this point, “What am I going to do for the rest of my life?” My degree on the hospitality side focused mainly on the management of bars and restaurants, none of which I had any motivation to do, so I could not help feeling I had snookered myself a bit.

I had agreed on going to the United States of America on a student visa as it was my last chance to do so. I ended up working in a member’s beach club on Long Island in the rooftop bar. An interest in wine had been simmering within me for a while. A wine course I had in college, which ironically was my best subject, was carried out by Elizabeth Fox, a magnificent lady, and one of Ireland’s top wine and hospitality professionals.

The members used to send some of their wines in advance, and my colleagues, who were also students from across the Republic of Ireland and the United Kingdom, all knew I had some basic wine knowledge, and was also very keen on the subject, so I ended up becoming the somewhat dry fountain of knowledge. I remember tasting some wines and feeling some horizons beginning to broaden. I picked up one bottle, tried it and looked at it. “Opus One it’s called? It’s grand you know, I like it!” Good thing I was not paying! Caymus Cabernet Sauvignon was poured like water in this establishment, especially when the sun went down, and the meat hit the grill.

I had put off trying to think what my plan for my career was going forward as I was too busy living the American Dream. Once my feet hit Irish soil, I had to have a proper think. I thought how this wine bug that was within me was extremely pertinent and doing work that relates to the use of a corkscrew brought me great joy. I decided to keep my bags packed and head for London. I blagged my way into a job working for Vinoteca before I was snapped up by Jason Atherton for his Social Wine & Tapas opening. At both, I worked for wonderful people which helped me form a solid base of wine knowledge, but my spark for the wines of California was about to ignite.

July 2016, I am one month into my new role as a sommelier at Gordon Ramsay at The Savoy Grill, and I am in my element. A surprising amount of California wine is flying out, partially due to many American guests staying in-house. I did some reading on one unique label and wine, I then decided to try and sell it that night, and not long into dinner service, I was pulling the cork. It was the 2010 Syrah from Lillian. As I lit the candle to decant the wine which set a gentle light around my workstation, I smelt and tasted the wine….and everything changed. This was the moment I decided to turn this into as much of a vocation as a career. This is when I decided that wine was going to be my life, and from then I was obsessed. 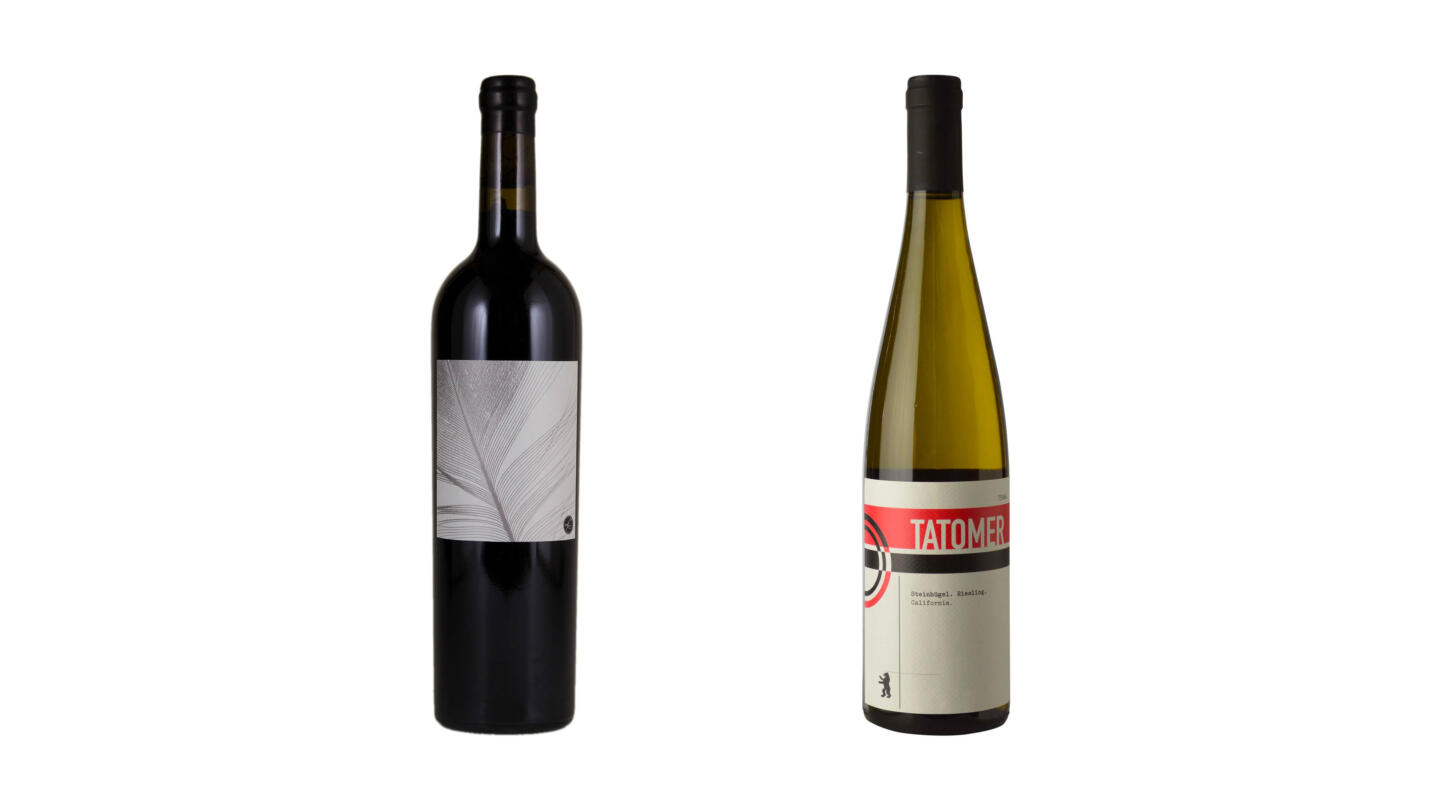 Lillian is the product of one Maggie Harrison, formerly of Sine Qua Non. “We first learned about Maggie Harrison in 2006 in a newsletter from Manfred Krankl at Sine Qua Non, announcing the departure of his first (and sometimes only) employee.” recalls Chris Manthei of The Wine Treasury, UK importer for Lillian and Sine Qua Non as it goes. They have worked with Maggie since 2010 and their relationship has gone from strength to strength. “As far as a business relationship, she is one of our hardest working producers. Her feet are on the ground with us in London, meeting sommeliers and buyers, tirelessly telling her story.”

This is one of my very favourite things about the wines of California - relationships. Unlike any other wine growing region or country for that matter, I never feel such a sense of connections with vintners as I do with people from the wine industry in California. I am lucky to call Maggie a friend and to have broken bread with her and for her to be so keen and wanting to know what is going on in London and what can be done for our relationship to grow even further.

At this point I was working for Adam Handling, at his fine dining site, Frog. We were looking for a pairing for a fish dish, and my hand was drawn to a wine. Riesling is one of my great loves, but a Riesling from California? This is dreams come true stuff. Steinhügel Riesling from Graham Tatomer was to that dish what Robert Mondavi was to American wine - a pairing like no other. Keith Kirkpatrick, Buyer for Roberson Wine recants first trying the wines, “I first tried them in 2013, Jamie Kutch put us in touch with Graham, we were fascinated by someone that wanted to be famous for making Gruner Veltliner in southern California.”

Graham was stunned by the wines from the varietals mentioned. So much so, he began travelling and ended up becoming assistant winemaker for the synonymous Emmerich Knoll. It came to a point where Graham was offered his own vines in Austria or to go back to California and attempt to bring the Austrian legacy to the California sunshine, and like a true pioneer, decided on doing the latter.

One of Graham’s strongest traits has been another one of my favourite things about producers from California, understanding your audience. Since Graham’s first visit to British and Irish shores in 2014, he is someone that has been in touch with his market and understands how to adapt. “When he first produced the Steinhügel in 2016, it was the gateway, if you will, into other cuvees such as the Kick-On-Ranch which gets the full Austrian treatment. And he has followed that with the Santa Barbera Pinot Noir among others, and now has a full selection of wines for people to delve into, which lead on to trying the rest of his portfolio” recalls Kirkpatrick.

From there, I ventured onward and it led me to where I am today, as Wine Buyer/Group Head Sommelier for Goodman and Zelman Meats, so being a buyer for an American steakhouse is a perfect fit! Delving into its wine lists was a joy, and one bottle, which Goodman will forever be famously attached to, really brought my journey full circle - Cabernet Sauvignon from Cakebread Cellars. In this piece I have spoken about my love for the relationships, the understanding of the market, the ease of food and wine pairing and overall deliciousness of the wines, all wineries do this well, but Cakebread Cellars truly are the pioneers. 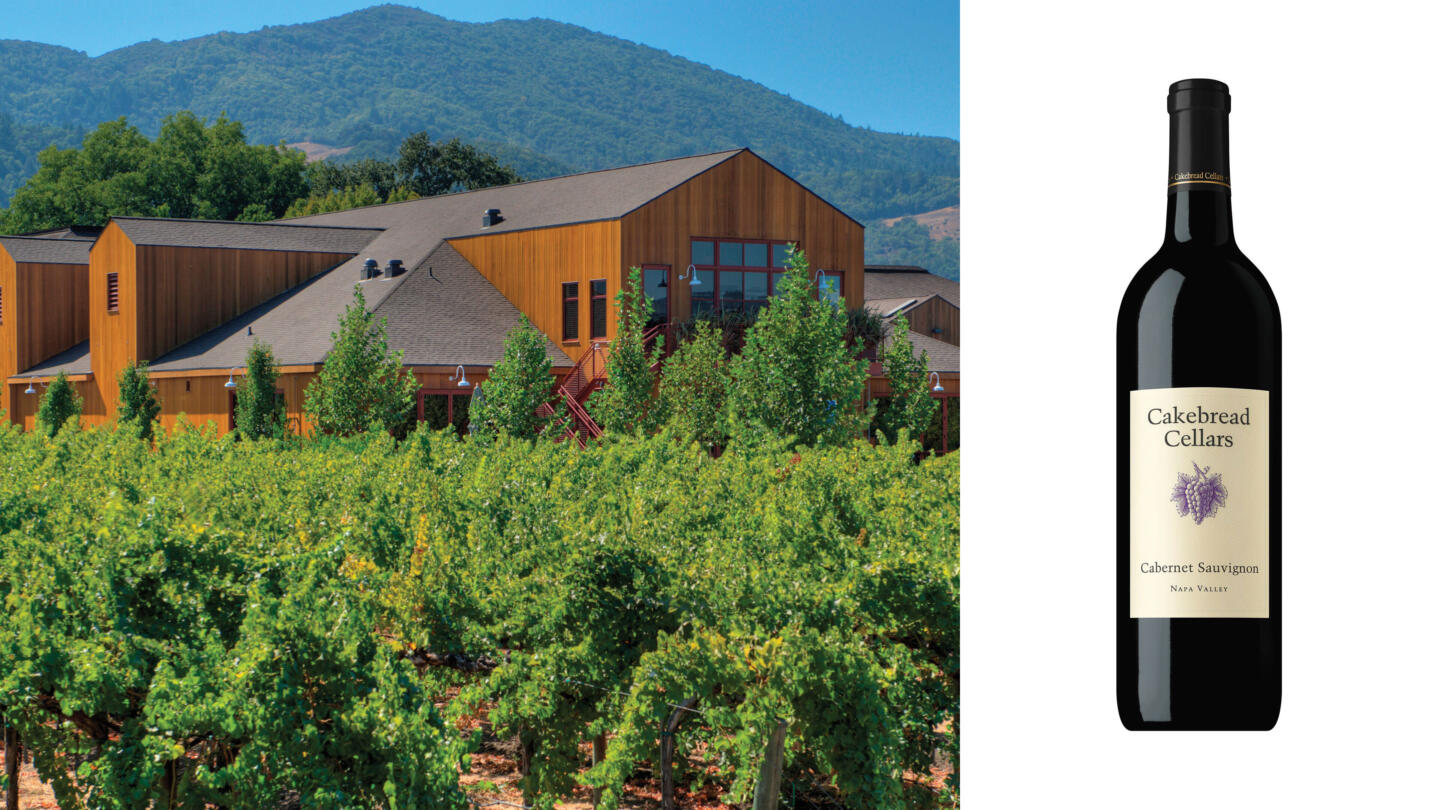 “The relationship started in the late 1990’s. The C&B buying team were introduced to Cakebread Cellars by Kobrand, their agent at the time. Talks culminated with a lunch tasting with Jack Cakebread at C&B’s former offices in Helmet Row.” said Tim Wheeldon, Head of On Trade Sales for Corney & Barrow. As big of a winery as they are, they never forget their roots, they are the heart of the local community and champion sustainability within the winery and the local area.

“Cakebread Cellars have been pioneers of sustainable farming and eco-friendly production from the outset. To this day, the winery continues to experiment and push the boundaries of what can be done to improve their operations. Without doubt, Cakebread’s commitment to sustainability will remain at their core for generations to come.”

As Tim tells me this, I begin to think how my journey has come full circle and how the wines of California have guided me every step along the way, from having the doors blown off by Lillian, to having Tatomer Wines help me expand my horizons on food and wine as a collective unit, to Cakebread Cellars reminding me that community is everything and home truly is where the sunshine is.