A Conversation about the journey Of California wine in the UK with two of its main Importers, James Hocking & Rory Benham.

A Conversation about the journey Of California wine in the UK with two of its main Importers, James Hocking & Rory Benham. 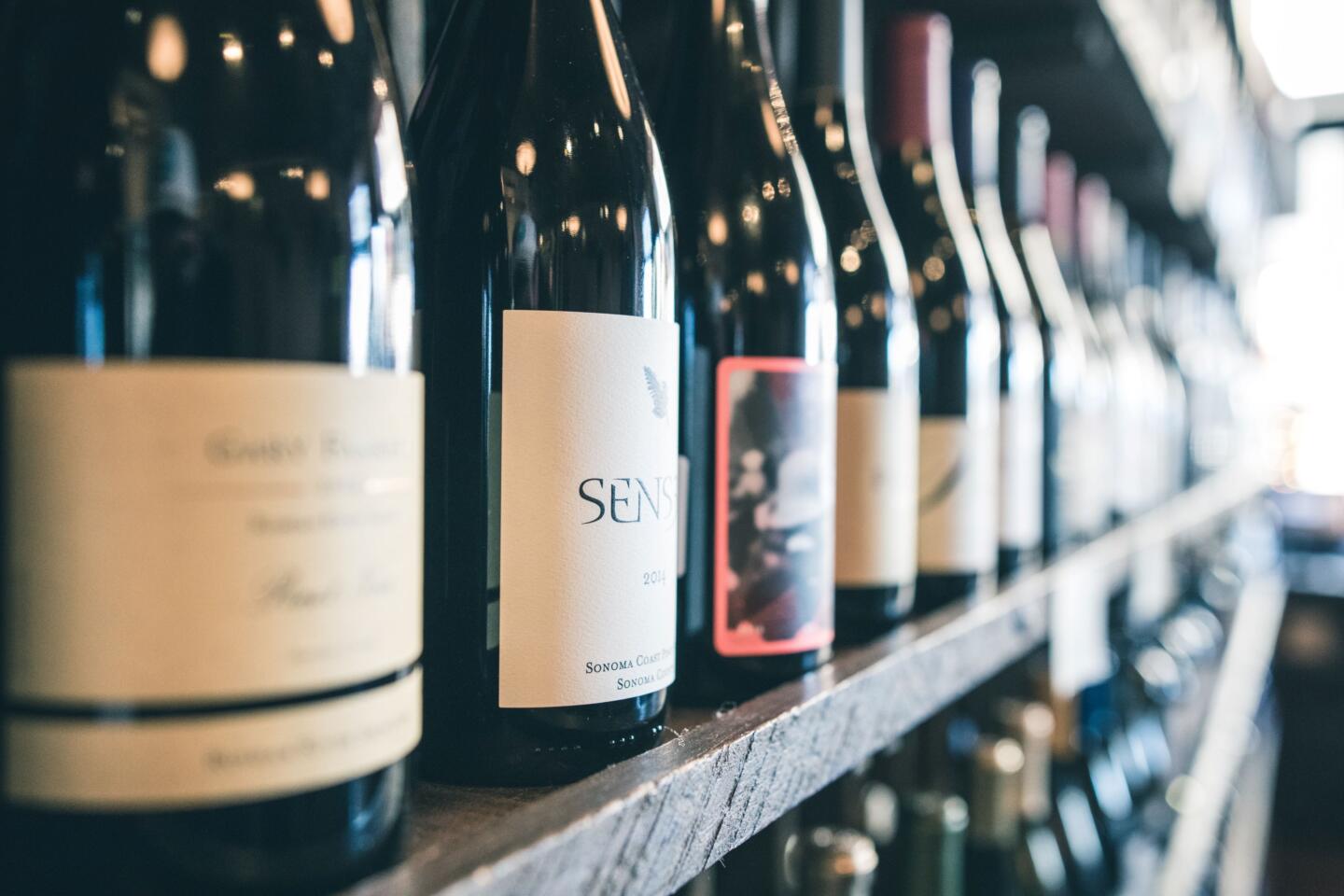 Shane talks to Rory and James about their journey into wine and the where, when and how California wines have become such a serious contender on the UK retail shelves and restaurant wine lists.

A biologist named Rory and a banker named James are questioning their life choices, no, really!

“I was clueless and hanging about in Birmingham, when my mother called my uncle who owned a restaurant in Chelsea and asked for a job on my behalf, and my uncles wine waiter had just left.” recalls Benham who then learned the ropes of his uncle’s restaurant and more importantly, wine list, where he was bitten by the bug. From there he would have a good stint in Selfridges to add retail knowledge onto his restaurant skills before the move that would ultimately shape his career which we will get onto soon.

Meanwhile, a man has just resigned from HSBC to pursue a career in wine. “I decided to take on a job at Oddbins and become the resident van driver from hell, cellar rat and box cutter upper, well, something must have worked because before I knew it, I was an Area Manager!!” said Hocking with a smile. He would then stumble into a hotel in Berkshire, where he would be introduced to Sir Peter Michael, whose wines would change James’ life forever. “I fancy starting up a wine supplier focused only on wines from California.” Sir Peter teased Hocking.

A tad earlier, Rory was heading to his own grape fate. He joined The Wine Treasury, who had already switched their focus to California, a mantra they thrive upon today. “It was a fascinating enterprise, walking into people’s establishments and saying ‘Hi! My name is Rory and I come from a thing called The Wine Treasury, I have some California wine for you to try, please buy some!!”

Rory is at the point where even the furniture at The Wine Treasury dubs him ‘part of the furniture’ and James would work for Sir Peter at The Vineyard Cellars for 18 years before setting up the incredible James Hocking Wine in 2019.

All of this was occurring in the late 1990’s, where both gentlemen agree, California wines in the UK were really starting to take off. “Up until joining The Wine Treasury, I believe I first came across California wine at Selfridges. We stocked the wines from Richard Arrowood which I loved very much; besides that, it was some delicious Zinfandels people were bringing for lunches and dinners in my uncles’ restaurant.”

James briefly goes into van driver mode and then historian, two of his many skills. “At Oddbins we had Philip Togni and Matanzas Creek which were big favourites of mine, this was at a point where the only people I knew importing California wine with us were Neville Black at The Wine Treasury and before of course the legendary Geoffrey Roberts. Sir Peter was importing his wine via Lay & Wheeler at the time before setting up Vineyard Cellars.”

Fortunes for both showed promise, Rory began a sweep of the London restaurant scene armed with a corkscrew and his infectious enthusiasm. “Setting up the initial meeting was tetchy at best, but once I sat down and poured the wine, I was in!! People only want good wine! It is as simple as that. After a while I had a simple formula…Get in, Pour Wine, Enthusiasm, and the rest sorted itself out.”

Everything in life has one, but in some areas, wine included, one might ask how could you identify a turning point in something so grand? If you are in it, and you love it and it runs through your veins, you feel it.

“Even though I was a California trader, I was also trading other bits and bobs so I had my eye on everything. One thing that stands out for me, is when the 2000 vintage of Bordeaux was released en primeur (the chance to taste barrel samples and decide what you would like to purchase and have sent to you in the future). Chateau Mouton-Rothschild was selling for £100 per bottle. I was trying to sell Sir Peter Michael wine at £80 a bottle. So something that initially I was selling a couple of bottles of at a time, turned into cases.” said James.

Rory recalls California wines featuring on wine lists turning into something more serious; “They were added almost as a sprinkle of fairy dust on the wine list, to those who were drinking first growth every night, an alternative was now there. As time passed volumes were increasing. The apex came when we were at a wine fair and the late great Gerard Basset (Master Sommelier & Master of Wine, one of only a handful to ever do so) approached me with his glass and bellowed ‘I do not know anything about these wines, but I feel like I really do need to know, let’s taste!’ And I remember saying to myself ‘Here we go!’”

“2000 was my first trip and I have been at least once a year ever since except the year just past for obvious reasons! And I have struck relationships with folk like Schramsberg who I have imported and had a very special relationship with ever since!” As James roved out, Rory was sparing a thought for those that were roving in.

“1999 was the first time I remember winemakers coming to visit, folk like Warren Winiarski, Tom Sheldon and John Alban, the latter being one I’ve had a special friendship with to this day. We have come a long way - as I recall he used to bring over verticals of his single vineyard wines in his suitcase!”

“Change is afoot, and there are changes already, plenty of emerging regions and wines. Particularly interesting are the handling of regions implementing sub-AVAs on their labels and how they will use it to their advantage.”

Rory pondered. James very much agreed but thinks there is further room for expansion.

“I think there’s more of an opportunity than ever for more exclusive importers of American wine, folk like Nekter and Wanderlust are showing this and doing excellent work. Some new regions are finally getting a shine in the light, Monterey and Lodi are getting there.”

James and Rory are just two examples of pioneers importing the wines of California into the UK and Ireland, there are many more who are doing phenomenal work to ensure buyers and customers alike are spoiled for choice in this category. Next time we will look at two importers of some of the newer specialists in the wines of California.